I worked with Naoki Ishizuka for my ICM final project, and we explored how different groups represent and make meaning of complex and contested topics. How do we normalize/validate/legitimize/challenge them? One of the benefits repeatedly heard of social media is its ability to democratize expression. Additionally, the use of hash tags allows conversations for form around particular topics and, more interestingly, anyone to contribute those discussions. For instance, it’s not uncommon for people with differing viewpoints to converge around a hashtag, but what about when someone repeatedly posts adds for iPhone6 on #paris after the Paris attacks? What does it look like when we gather round the water cooler of terrorism? Gun control? Cats?

The projects promps the user to search a keyword - it works best with a controversial topic - and return two images, one from Twitter and one from Instagram. The use of a diptych gives a manageable sample of media from a given hashtag, and frequently returns two wildly differing images that it prompt the user to find some way to connect the two images.

After the images are returned, the user is asked to enter one word (i.e. a hashtag) to describe the two images. Maybe it will be the same as the hashtag they originally searched for, but usually it’s not. The collective hashtags entered by users are collected on a second screen.

Overall, I am pleased with the outcome, although I found it a useful(?) exercise in the challenges of refining an idea and getting the product to match my idea. I took advantage of many opportunities for feedback - we had play testing during one ICM class, I showed the project at Crit Group, and spoke with many fellow students, but never quite felt I had a clear idea I needed to articulate. 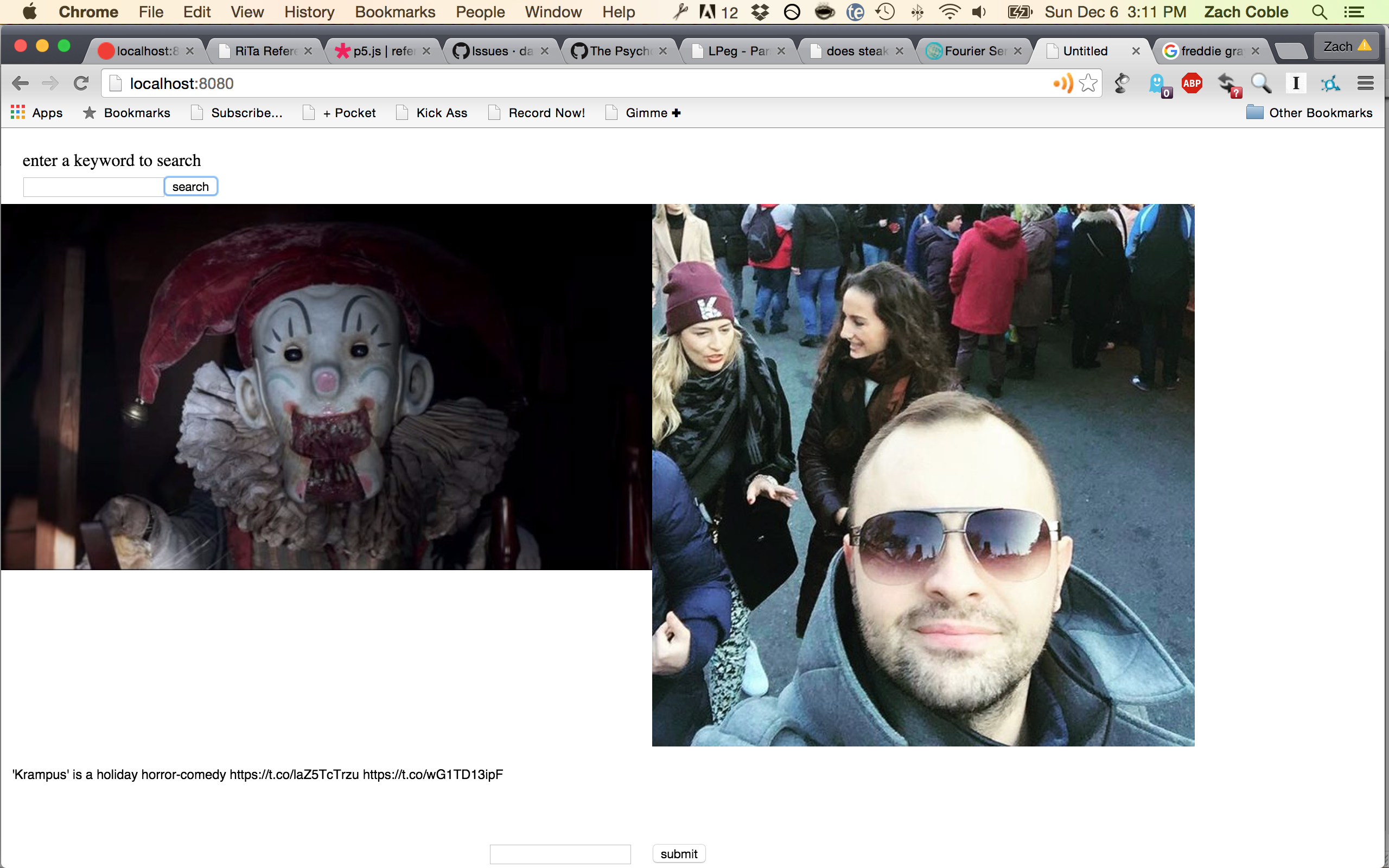 A search for "christmas" 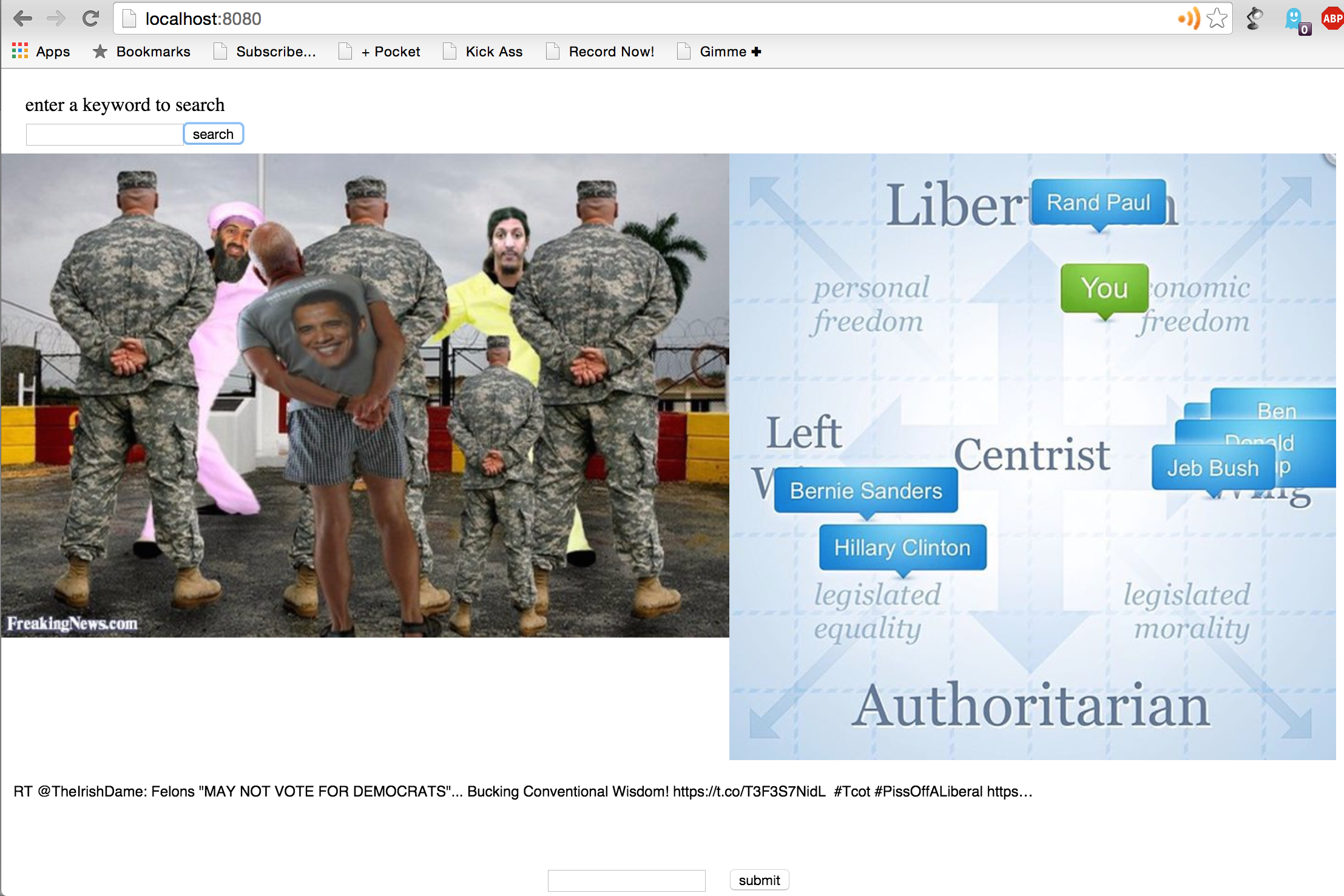 A search for "democrats" 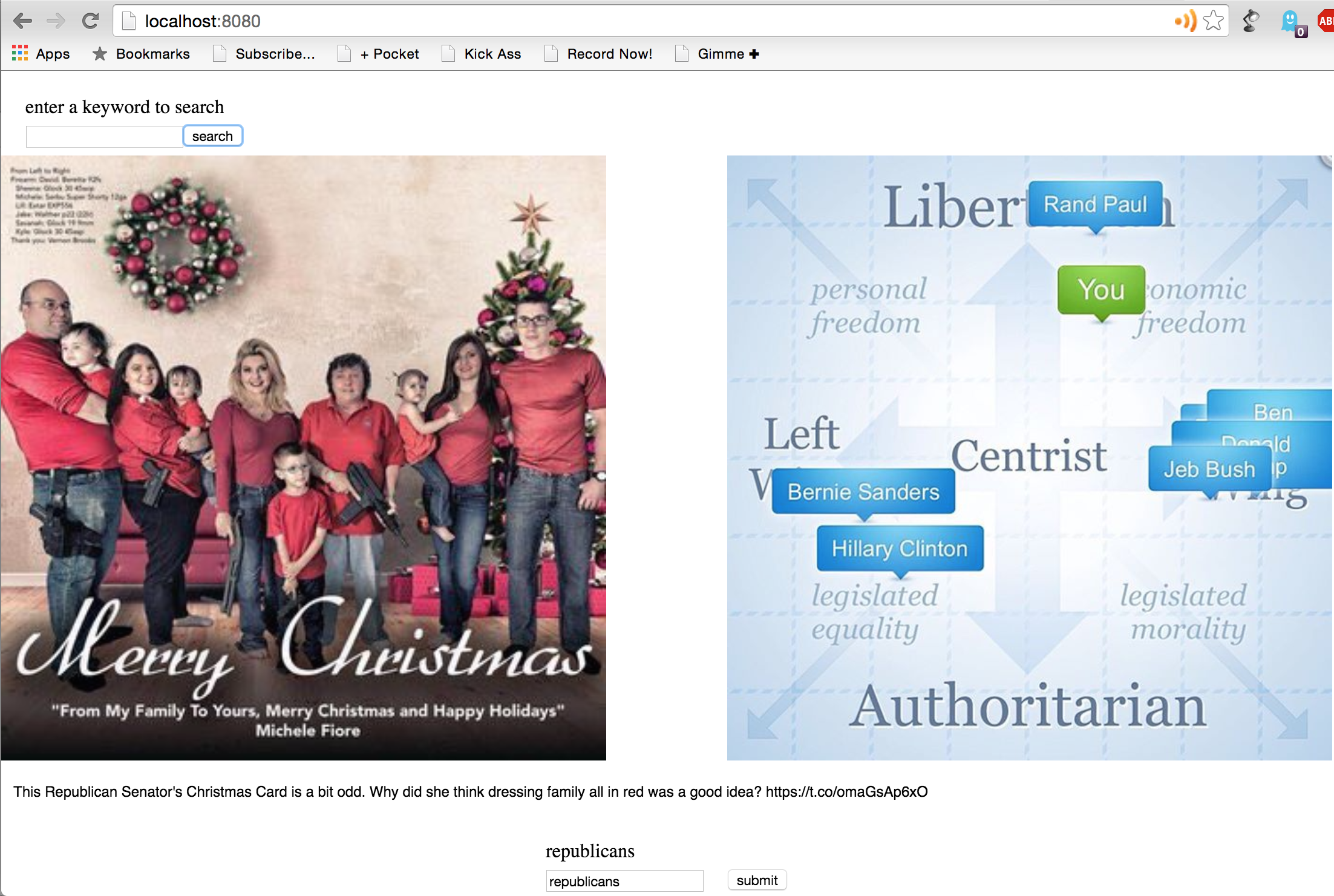 A search for "republicans" 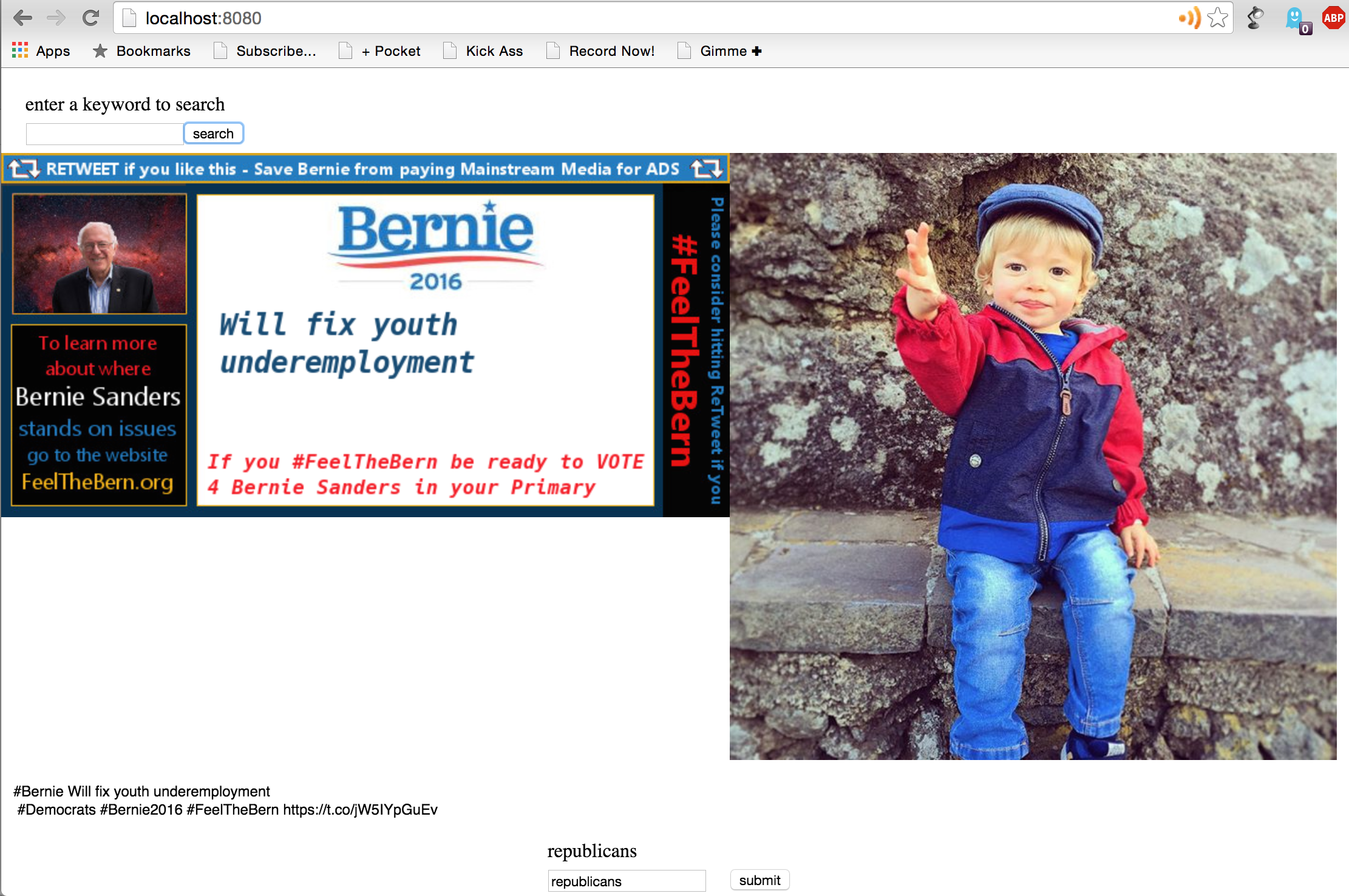 A seach for "bernie" 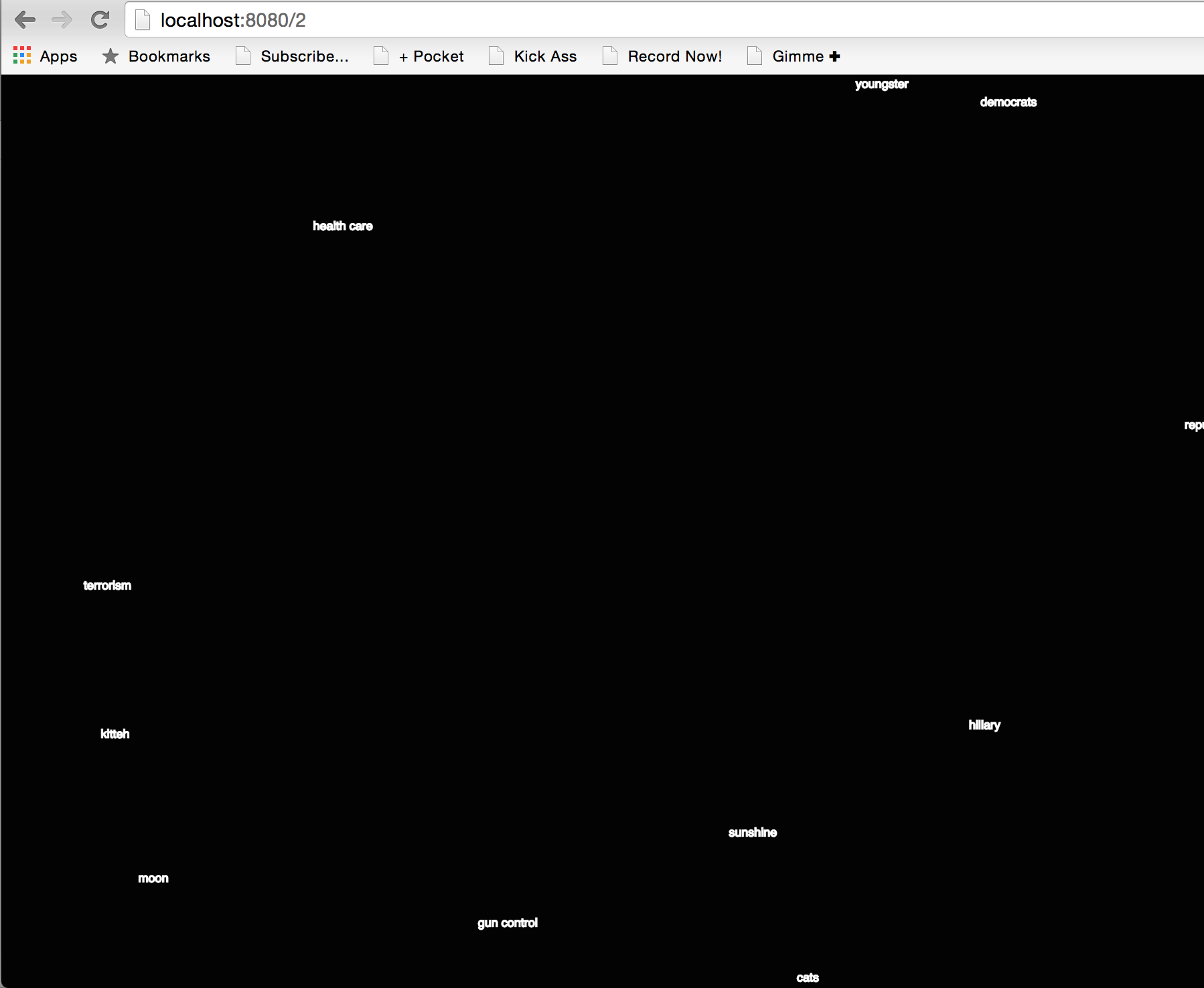 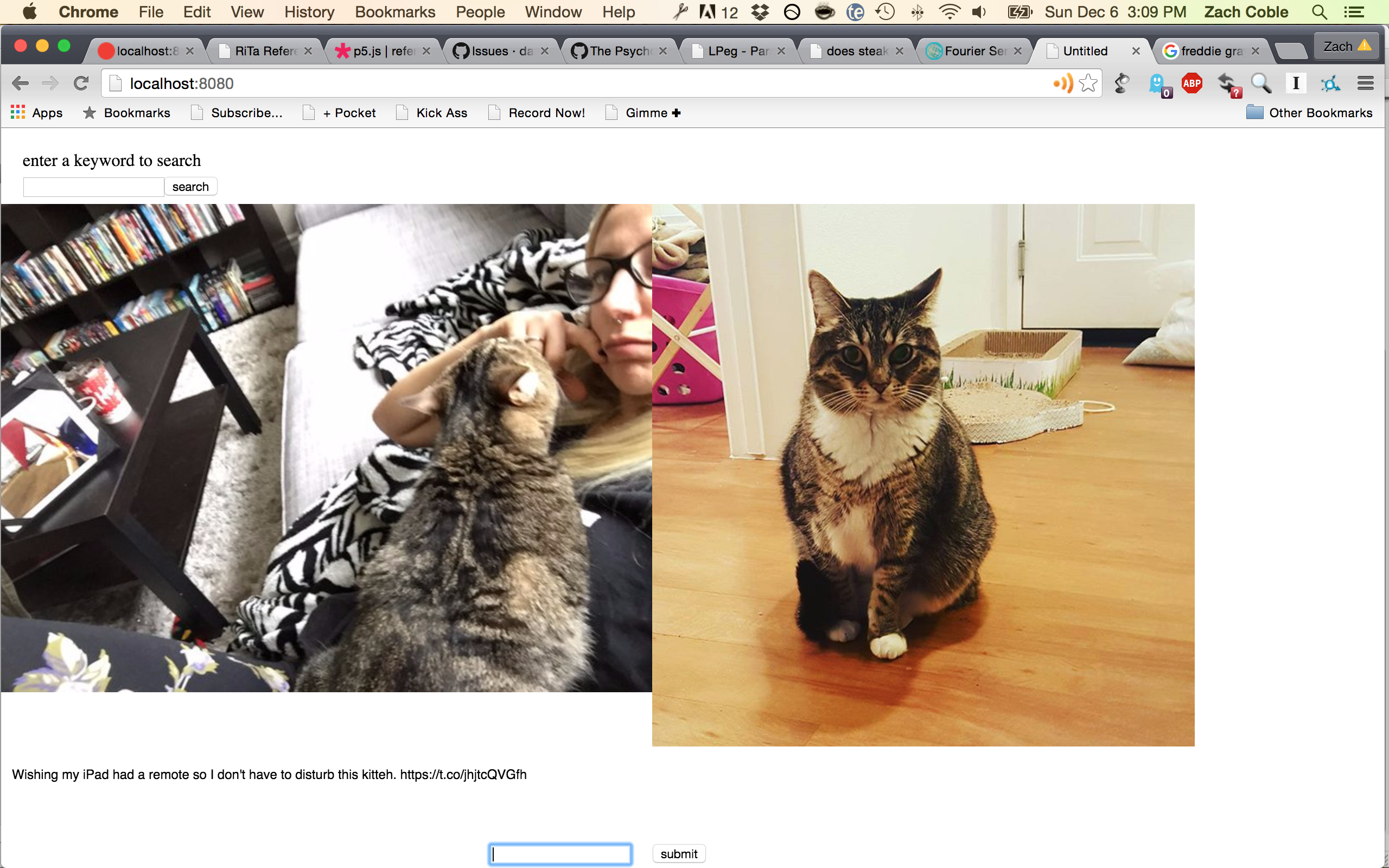 A search for "kitteh"